For those of you who don’t know Bryan, he has been a key figure in the global yoga community for over 30 years, beginning at age 14. His first teacher was David Williams, a pioneer in bringing Ashtanga Yoga to the west. Bryan continued his studies in India under Ashtanga’s founder, Pattabhi Jois. Bryan has integrated his experience of traditional yoga and delivers it seamlessly on stilling the mind and understanding our relationship with the inner teacher (sat guru) inside. Read about Bryan Kest’s yoga journey here.

I first met Bryan some years ago at a workshop. I was always interested in studying with him, but the opportunity never presented itself. I knew of so many who spoke highly of him for his direct approach to sharing yoga. (There are many well known instructors whom I study with now, such as Seane Corn, who were also students of his early on- references go a long way with me!). I was most impressed with BK by his clear way of expressing his points. He doesn’t heavily layer ethereal metaphors to express a point. He also uses himself as an example in his lessons, demonstrating vulnerability. Though he can seem intense with his raw, direct personality, BK is fun, gentle, and most important, has a big heart. His compassion clearly is conveyed through passionate reverence of his message. This sincerity is what drew me to continue my studies and complete the Bryan Kest Power Yoga Teacher Training. Since then, I’ve experience personal transformation and growth transcending the yoga mat. I’ve gained clarity in relationships, my teaching, practice, and rooted into deeper sense of self. 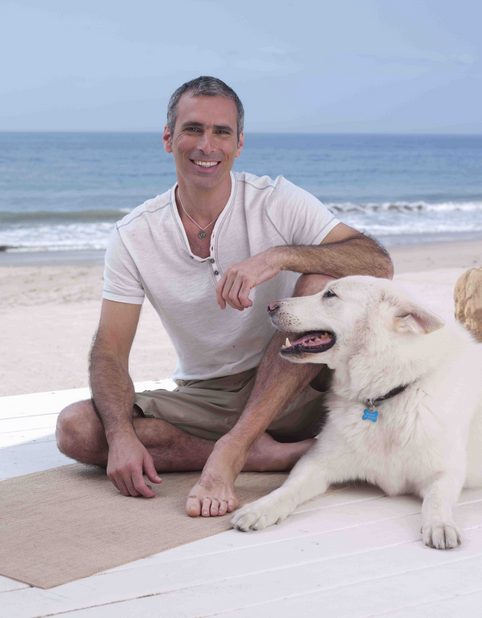 One more thing… Power Yoga… its a yoga label liberally tossed around these days. Often times it is associated with heated and intensely physically challenging classes. BK’s Power Yoga, was not only pioneer in this ‘style’, but it isn’t what I just described. Well, it is but its not… Its the balance of physical and mental practice, which enables personal exploration and growth. The physical practice can be as challenging as one makes it, that said, if that is the goal, check that off the list. The mental aspect is challenging as BK is a master in the integration of life experiences, often times calling out current affairs and issues that we all deal with today. This, mixed with the physical, is why its called ‘power’, not because its super hot or that the practice is dependent on asana to journey deeper. 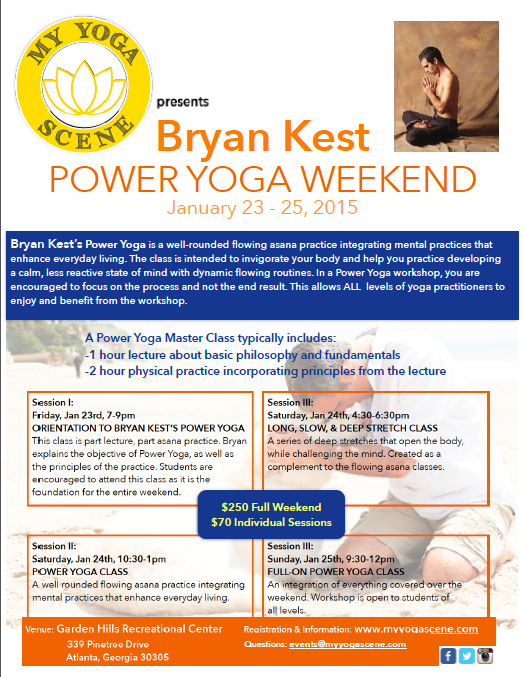 Stay tuned for the next Bryan Kest Weekend in 2015! You won’t want to miss him!